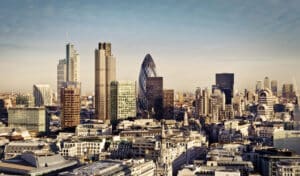 Britain remains the most attractive destination in Europe for financial services despite losing some activity to the Continent as a result of Brexit, analysis by EY has found.

Foreign companies invested in 56 financial services projects in the UK last year, 43 fewer than 2019 but still seven more than France, the second most popular location. Britain also accounted for £1 in every £5 of global financial services investment in Europe, down from £1 in every £4 in 2019. London was the leading European city, with 38 projects, the annual study found.

Although the gap closed, as banks and insurers prepared for the end of free access to European Union markets, investor sentiment on the future of UK financial services remained positive.

Anna Anthony, UK financial services managing partner at EY, the accountancy firm, said: “While its lead may have narrowed, most likely only short-term in response to pandemic-related business disruption and Brexit, investor sentiment suggests that the UK is looking to a strong future, and will continue to outperform the rest of Europe.”

Britain’s free trade deal with the EU came into force on January 1 but it contained little on financial services. Brussels has not granted the UK “equivalence”, which has effectively resulted in a hard Brexit for finance.

A memorandum of understanding that will establish how the jurisdictions will co-operate has been drawn up but has yet to be approved by the EU’s 27 members. The deal cost London its status as Europe’s top share trading centre to the Netherlands and officials are concerned that other EU localisation rules will draw more business away. Experts say the City could lose as much as 10 per cent of its activity over time.

France will step up its charm offensive to lure global banks next week. President Macron, a former Rothschild banker, has invited an elite group of bank bosses to the Palace of Versailles for a “Choose France” event, The Sunday Telegraph reported.

Jamie Dimon, chief executive of JP Morgan, and David Solomon, boss of Goldman Sachs, will be among those presented with reasons to invest there. Macron is expected to draw attention to France’s liberal business travel regime for those who have been fully vaccinated. Wall Street is lobbying the UK to introduce similar rules.

The EY report revealed that foreign direct investment in UK financial services projects plummeted last year from 99 projects the year before. In 2019 the number of foreign projects in the UK was more than double Germany, then the second favourite destination. France leapt above Germany last year and the gap with the UK is now just 14 per cent.

However, EY suggests the UK will retain its status as the financial capital of Europe. It was judged to have the most investment-friendly Covid recovery plans and to be the most attractive for financial services investment overall.

Get the daily email that makes reading the news actually enjoyable. Stay informed and entertained, for free.
Your information is secure and your privacy is protected. By opting in you agree to receive emails from us and our affiliates. Remember that you can opt-out any time, we hate spam too!

Get the daily email that makes reading the news actually enjoyable. Stay informed and entertained, for free.
Your information is secure and your privacy is protected. By opting in you agree to receive emails from us and our affiliates. Remember that you can opt-out any time, we hate spam too!